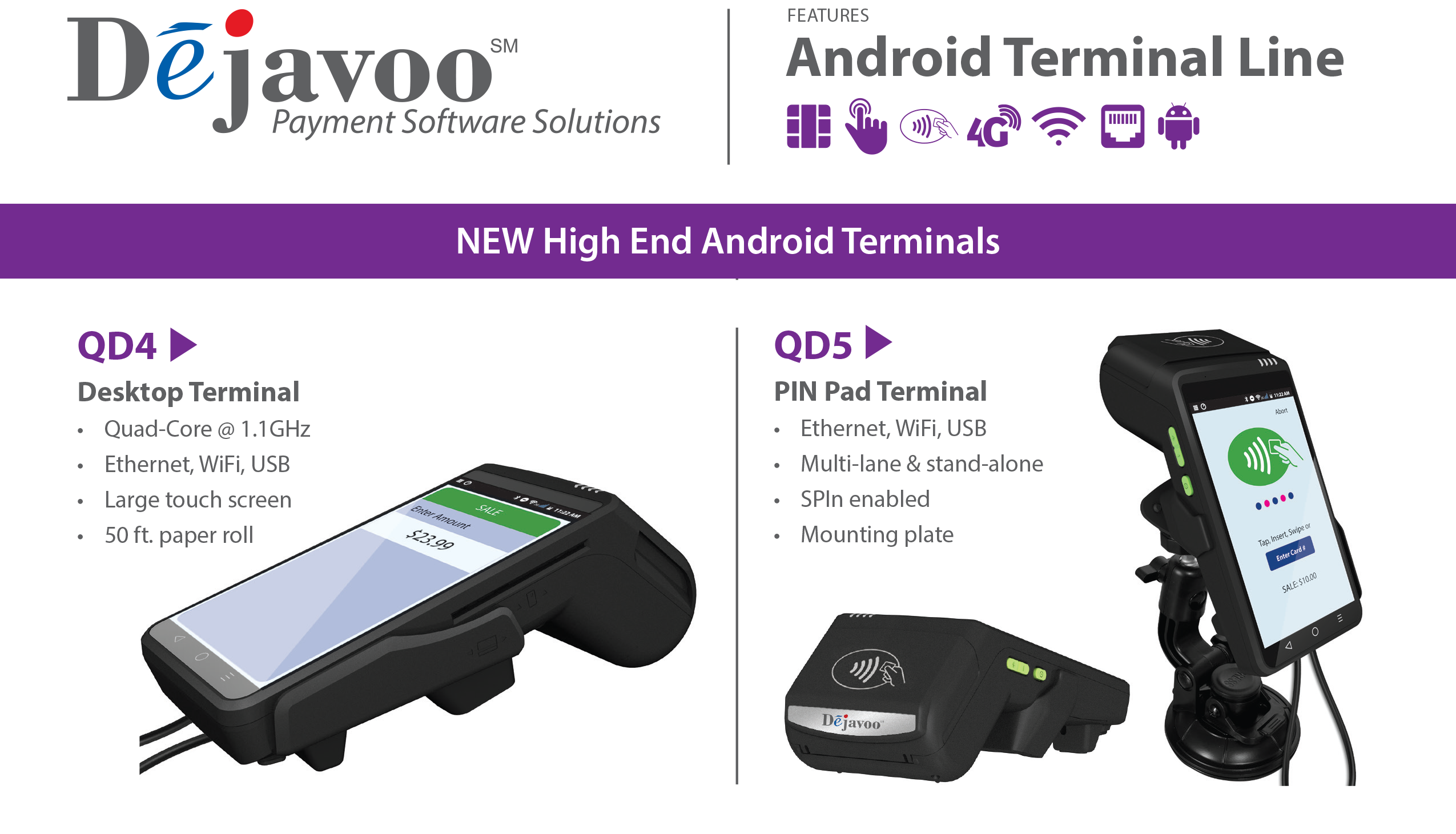 Dejavoo has been successfully selling the Z8 and Z10 over the last several years. The company has recently announced that they would be releasing tons of new products with touch screen and wireless payment technology. The QD4 and 5 will represent where the future is going.

The QD4 and QD5 feature a large 5.5 LCD color touch screen display with the ability to accept EMV/NFC wireless payment. Both models are wifi ready; the QD5 comes with a stand mount and includes pin ready technology. Both devices are built using Google’s Andriod platform. Another added feature Dejavoo added is the built-in bar code scanner with a 58mm thermal printer. These new terminals feature a 5m autofocus camera with built-in speakers and microphone. Having a reputation for durable devices, we are sure these will continue the popularity of the Dejavoo brand.